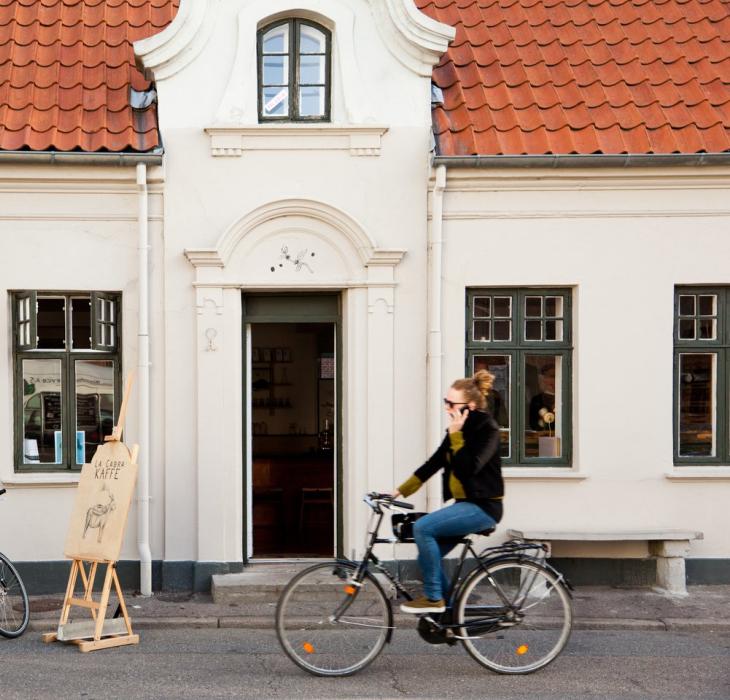 Just another bike ride in Denmark ?

One of the world's best BMX riders, Kriss Kyle, rode all over our biggest natural and man-made wonders this summer. Luckily a film crew was following him around, so now you can see Denmark as you've never seen it before!

10 reasons to cycle in Denmark

We've listed all the reasons why Denmark and cycling go together like coffee and pastries. 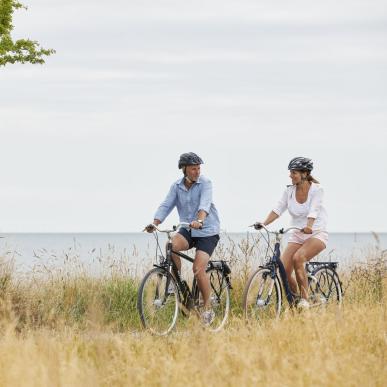 Pedal like a pro on one of our seven national cycling routes! 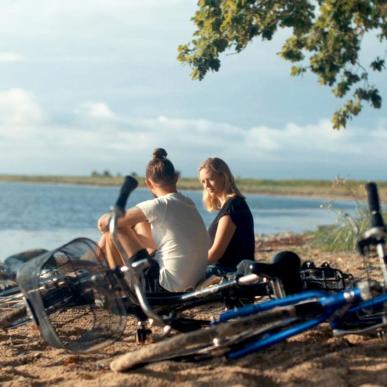 Feel up for a challenge? How about pedaling along Denmark's longest cycling route?

Cycling in Denmark is truly a shared experience - not just a mode of transport or a way to reach your destination, but a chance to make time for each other, to discover new places and meet new people.

In 2021, the Tour de France will start in Copenhagen, with stages across Denmark before it hits France. Watch two local cyclists take on the challenges of the route below, which you can try yourself too.

Be inspired by others to explore Denmark by bike

Here are a few tips about cycling in Denmark

A good bike and a good cycling guide are the first two steps towards a successful cycling holiday. The Danish Cycling Federation has a large selection of guides and maps available to buy online.

You can plan your bike route online with the Naviki app and website, available in multiple language versions.

You can view a digital map of Denmark’s cycle routes, and download it to your GPS, on the Danish Road Directorate’s website.

You will find it easy to navigate whilst cycling in Denmark, as the country has over 11,000km of sign-posted routes. Just find your route name, number or logo and follow the signs. Routes criss-cross each other, so it is possible to combine routes and take in the entire country by bike.

There are 11 national cycle routes in Denmark, which cover a total of over 4,000km. National routes are signposted with a white route number in a red square and bicycle symbol on a blue, square sign. (Note that Route 10 on Bornholm has a green, rather than blue, background).  Odd route numbers 1 to 9 run North to South, while even routes 2 to 8 run East to West. There are two circular routes: Bornholm (Route 10) and the Limfjord Route (Route 12).

Denmark also has an extensive network of regional and local cycle routes, each with their own signage. The regional route signs follow the same patterns as the national; white route numbers from 16 to 99 on a blue background. The local route network also uses the same system but with numbers from 100 to 999.